Driver Bit Included in each Packet 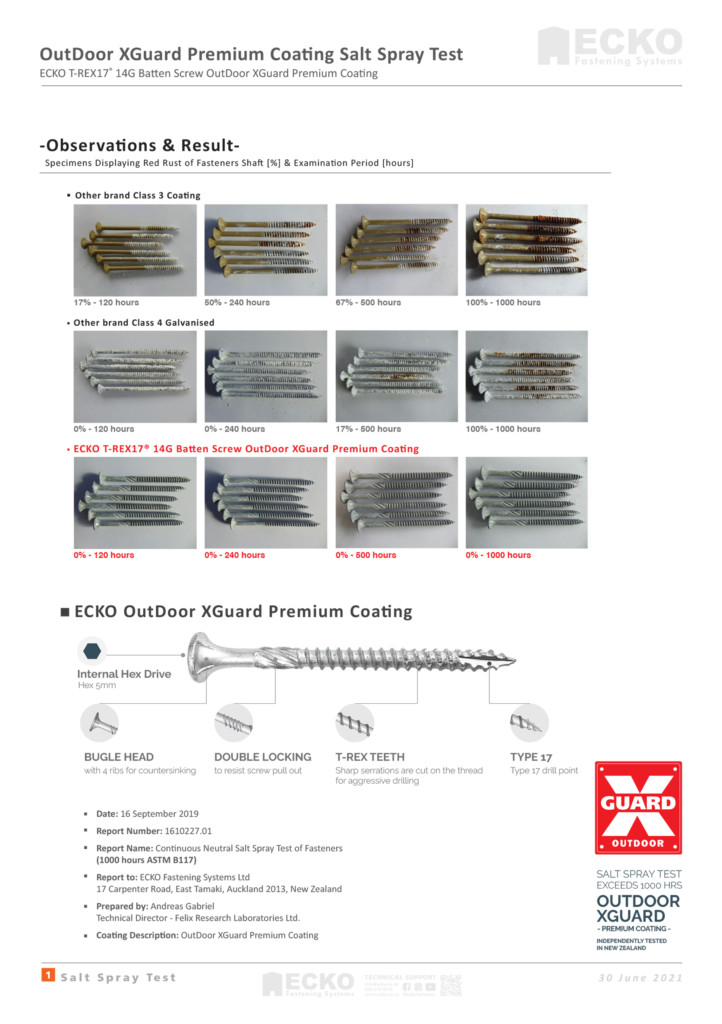 Previously branded ECKO C4 Batten Screws are being rebranded as ECKO XGuard Premium Coated Batten Screws. Although ECKO XGuard Batten Screws have been tested that testing was not in accordance with Class 4 AS3566.2-2002 and ECKO makes no representation that they do. The labelling and marketing previously referred to these screws as being galvanised and that was a reference to them having undergone a cold galvanisation process rather than an HDG or mechanical process.  As part of our re-brand we now refer to the XGuard coating and further information on this can be found here [ Product Statement ]. ECKO XGuard Batten Screws have been tested against corrosion resistance for salt spray and exceeds 1000 hours.